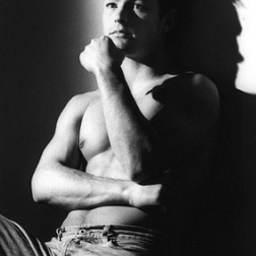 Adam has just returned to the UK from New Zealand where he has completed filming as Kieran Mitchell in their popular medical drama Shortland Street.

Adam's career was launched in 1997 when he was catapulted to fame as the young and gorgeous Nick Tilsley in Granada Television's top soap Coronation Street.

However, it could all have been so different as Adam was set to go to Oxbridge to study law. Failing that he was planning to follow his father into banking but just before he left school he was signed up by Take That's former manager Nigel Martin-Smith. Nigel immediately spotted his potential and snapped up the young Manchester actor.

Adam's first love has always been drama and he immediately managed to land his first television acting job in the UK's most watched show - Coronation Street. For two years Adam's character Nicky coped with an over protective screen mum - Gail, studied hard at college, and did nude life modelling, not to mention teenage marriage and pregnancy!

Despite the great storylines Adam was sad to leave Britain's most famous street - "I've had a brilliant time in Corrie. I owe it so much but I felt it was time to move on." Adam took a change of direction and made his pop debut. His first single, "I Breathe Again" went straight to the Top 10 at no 5, and he undertook an exhaustive tour of the UK and Europe promoting his debut "Gold selling" album "Good Times".

Adam then resumed his acting career starring as Mark Cohen in the UK National touring of highly acclaimed musical "Rent" moving to the West End of London for a record breaking run.

Adam was asked by Granada to return to the role of Nick in Coronation Street on several occasions. And having secured some very interesting and explosive storylines for the character, Adam appeared, four nights a week in the major UK ratings and award winning serial until July 2004.

He then made a return to the London stage to star in a Bill Kenwright production Office Games, followed by a new play Final Judgement and also appearing in Nick Moran's play Telstar on UK Tour.

Adam has appeared on UK Channel 4's The Games, Alive: Back to the Andes, a three-part documentary for Channel 5 as well as Judge John Deed and Doctors for the BBC.

Before arriving in New Zealand to take on his role as the mysterious Kieran Mitchell on Shortland Street, Adam had completed filming on the feature Whatever Happened To Pete Blaggitt. Adam's filmography also includes the movies Emergency Exit and Sunstroke.
Read more on Last.fm. User-contributed text is available under the Creative Commons By-SA License; additional terms may apply.

Adam Peter Rickitt (born 29 May 1978 in Crewe, Cheshire), is an English actor, former singer and model.

He is most famous for his role on popular ITV soap opera Coronation Street, where he took over the role of Nick Tilsley in 1997. The part had previously been played by actor Warren Jackson until 1996 when the character moved to Canada. He left the series in 1999, returning briefly in 2002 and for a longer spell from 2003 to 2004 after which he along with several cast members were sacked after a new producer came to the show. His most famous and controversial storyline was in 2003 when the character of Nick was involved in the series' first gay kiss with Todd Grimshaw (played by Bruno Langley).

Rickitt left Coronation Street in 1999 to start a music career. He signed a six-album deal, although he only released one album - Good Times - in 2000. Rickitt's first single, I Breathe Again, reached number five in the UK Top Ten, but follow up singles Everything My Heart Desires, and Best Thing only entered the Top Twenty and Top Thirty respectively. The failure of the album (which peaked at No. 41 in the chart) and Rickitt's disillusionment with the direction of his career led him to abandon pop music. However in 2003, he played Mark Cohen in the musical Rent.

Prior to his acting career, Rickitt had briefly been a child model. He subsequently has modelled for UK magazines such as Attitude and Cosmopolitan. He is known especially in the tabloid press for having an extremely well-defined "six-pack". This, combined with his blond hair and good looks, has led to the accusation that he is a himbo. Nonetheless, Rickitt turned down an opportunity to study law at Cambridge University in favour of continuing his modelling and acting career.

In October 2005, Rickitt was approved as a prospective parliamentary candidate for the UK Conservative Party. As part of this attempt to reinvent himself, in February 2006 he appeared on the political debate show Question Time, as the non-partisan guest. In May 2006, he was one of 100 would-be MPs chosen for the Conservative party 'A-list'. The following month he appeared on Sunday AM with Andrew Marr. He attends major party functions and local party functions in the hope of being selected as well as developing a political blog on his website. However, a newspaper article alleged was not actually a member of the Conservative Party, and had only decided to support them because of his dislike of Prime Minister Tony Blair. Rickitt however refuted the claims and confirmed that he was a member. He also, along with David Cameron, provoked the anger of Sir Nicholas Winterton when it was revealed that Rickitt was tipped to stand for the safe Conservative seat of Macclesfield which Winterton had represented for nearly thirty years. Winterton was outraged, stating that he had no intention of standing down from this seat: "I wish Adam luck, but there are no vacancies here."

Rickitt also took part in the Channel Four reality show The Games during March 2006, although he only had two weeks' training, compared to the other contestants' twelve. He had replaced the scheduled contestant, electronic musician Goldie, had to pull out during an accident during training for the water ski jump, in which he fractured his femur. Rickitt himself sustained two black eyes after over-rotating off the diving board. He finished last in the contest.

In December 2006 he appeared in his first pantomime, Cinderella, in the role of Prince Charming.

In January 2007 it was announced that Rickitt would appear on the New Zealand soap opera Shortland Street in a guest role, although as of his first appearance in March 2007, he was credited as a core cast member, and he later stated he would be on the show for at least six months. Read more on Last.fm. User-contributed text is available under the Creative Commons By-SA License; additional terms may apply.

Everything My Heart Desires

Everything My Heart Desires (Single)