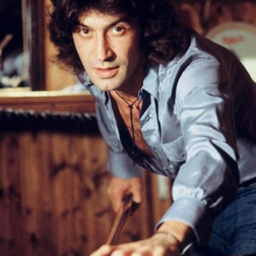 Albert Hammond - Down by the River
месяц назад 322 (не задано)

Albert Hammond OBE (born 18 May 1944 in London, England, and raised in Gibraltar) is a British singer, songwriter and record producer.

In 1960, he started in music with Gibraltarian band 'The Diamond Boys', which had no real commercial success, but played a part in Spain's introduction to popular music.In 1966 Hammond co-founded the British vocal group The Family Dogg, scoring a UK Top 10 hit with "A Way of Life" in 1969. He is probably best known for his early 70s hits "It Never Rains In Southern California" and 'Free Electric Band' - but he went on to write countless hits for other artists such as Madonna and Leo Sayer. In 1987, Hammond's composition with Diane Warren "Nothing's Gonna Stop Us Now" (recorded by Jefferson Starship) was nominated for an Oscar, Golden Globe and Grammy. In 1988, Hammond won an Emmy Award for the song "One Moment in Time", a song he wrote along with John Bettis. In 2008, Hammond was inducted in the Songwriters Hall of Fame. He is immortalised in song by Half Man Half Biscuit in their 1986 track "Albert Hammond Bootleg".

His son, Albert Hammond, Jr., is a guitarist in The Strokes.

The Very Best of Albert Hammond

The Very Best Of - It Never Rains In Southern California

It Never Rains in Southern California

Under the Christmas Tree

Middle of the Road