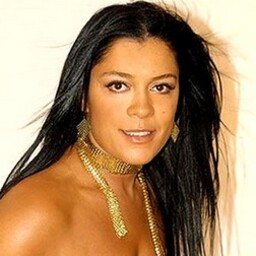 Their first single, "Read My Lips (Saturday Night Party)" was an immediate success, and became an Ibiza anthem. The track was later included in the dance music collections like "Now Dance'95", "ID&T Top 500 Dancetracks" and many others.

After introducing a British-born singer to the group (Shanie Campbell) they released "Don't Give Me Your Life" single, similar in style to their debut track. It reached # 2 in the CIN charts and topped the Club Record category at Music Week's 1995 Awards. It was included in "Now That's What I Call Music! 30 (U.K. series)", "Hit Machine 13" and other popular compilation albums all over the world.

The group released an album entitled simply "Alex Party" (not 'U Gotta Be' or 'Wrap It Up' as incorrectly credited on some websites). The album contained the hits "Wrap Me Up" and "Simple Things" but did not contain the first single "Read My Lips (Saturday Night Party)" - only a remix of it - 'Read My Lips (September Party)'.

'U Gotta Be' was a standalone single released back in 2000 and it was also the last Alex Party single.

Shanie Campbell issued a remake of "Don't Give Me Your Life" under her own name, "Shanie" on May 5th 2008, which was accompanied by a music video.

More recently, there have been promo cd's distributed under the name Shanie - 'You're Still The One', 'Read My Lips' and 'Piano In The Dark' but these tracks have not been released officially as singles. The tracks are taken from an album announced some time ago on Shanie's myspace page, which she would be releasing.
The album was titled as 'Night Fever' but so far we have had no news regarding any release date. Read more on Last.fm. User-contributed text is available under the Creative Commons By-SA License; additional terms may apply.

Don't Give Me Your Life

History Of Dance 10 The Eurodance Edition

Rhythm on the Loose