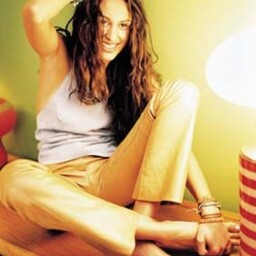 Ashley Monique Ballard (born June 9, 1985 in Mission Viejo, California) is an American pop singer.
She made her recorded debut in 1999 with the November release of Atlantic's RIAA double-platinum Pokémon: The First Movie soundtrack with Rodney "Darkchild" Jerkins' R&B girl group So Plush.
On August 15, 2000, Atlantic Records released "Hottie", the first single from her upcoming album Get In The Booth. On May 8, 2001, a maxi CD-single version was released including the "Hottie" single and remixes by Eddie Arroyo, Richie Santana, E-Smoove and Kobie's Proceed. The single sold over 100,000 copies and became #1 in over 10 major radio stations across the US. The song was also included on the MTV original show "Spyder Games" soundtrack.
Ballard's debut album Get In The Booth was released as advanced versions in local malls and radio stations. The official version of the album was never released. Subsequently, Ballard was dropped from her label, Atlantic Records, only to be signed by Warner-Reprise Records. According to her MySpace Music page created on March 11, 2006, political reasons within Warner-Reprise caused her to be dropped shortly thereafter, leaving Get In The Booth to be shelved indefinitely.
Ballard is currently managed by the V Entertainment Group. Read more on Last.fm. User-contributed text is available under the Creative Commons By-SA License; additional terms may apply.

Get in the Booth