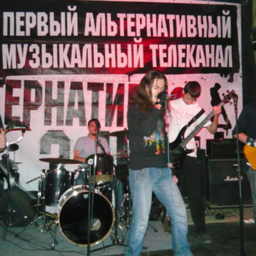 Astrud (Manolo Martínez and Genís Segarra, from Barcelona) is considered one of the most influential spanish indie-pop bands.

After its start in 1997 with Astrud EP, three albums (Mi fracaso personal, Gran fuerza and Performance), one b-sides album (Algo cambió: Caras B y rarezas 1996–2005) and many collaborations with other artists, Astrud has been continuously evolving in its sound, whether they want to sound techno-pop, orchestral, rock or whatsoever. Daily living scenes and intelligence are always present in their lyrics.
On top of that, their attitude and image have turn them into some kind of pop icons in the spanish alternative scene.

Their last album, Tú no existes was released in April 2007. Read more on Last.fm. User-contributed text is available under the Creative Commons By-SA License; additional terms may apply.