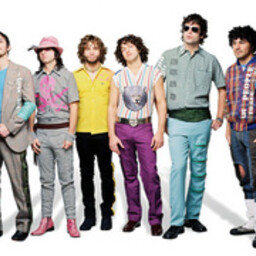 Their debut album Pasto was recorded and released in 1992 and has guest appearances by Gustavo Cerati, Daniel Melero and members of other groups which, at the time, were also part of the New Argentinian Rock (or Sonic rock) movement, such as Martes Menta and Juana la Loca. The only single released from Pasto was "D-Generación", which was a minor radio hit at the time and made the upcoming band known to Argentinian listeners. The album has an eclectic style, with many of the tracks being short skits (such as "41" de Ocio", which consists of the band chatting between songs; or "Mutha Fucka", a track which seems to have been made by cutting and pasting together various audio samples taken from TV).

For their second album Trance Zomba, released in 1994, DJ Peggyn joined the band. As a a consequence of the band having now 6 members, this album has a mixture of Rap, Funk and Hardcore Punk, but at the same time even psychedelic rock influences. "Malón", "Montañas de Agua", "Patinador Sagrado" and "Koyote" were the singles released for this album.

In 1996 the band released the highly experimental Dopádromo. This album has all sorts of music from the highly psychedelic "Zumba" and "Su Majestad", hard rock tracks as "El Medium and "Su Ciervo", instrumentals and even a hasta un bossa nova: "Perfume Casino". Destacan también "¡Viva Satana!" and "El Médium" were the biggest hist from this record.

Their fourth album, Babasónica showcased a heavier edge than their previous three, being influenced by heavy metal with distorted riffs and guitar solos on many songs ("Egocripta", "Demonomanía", "El Adversario"). On the other hand, the album has a softer acoustic side, with the delicate ballads "Sharon Tate" and "Esther Narcótica". The band has declared that this was meant to balance out the roughness of the heavier songs. Some tracks even include both stylistic approaches at once making for interesting contrast, like "Parafinada" or "Convoy". Lyrically, the album deals with the concepts of satanism. The band has declared that this approach isn't meant to be taken at face value, but as homage to classic metal, and as an attack on common Western ways of thinking, such as religion.

On their fifth release Miami, DJ Peggyn participated as a member of the band for the last time, he was sacked as his contributions were no longer felt necessary for the band. In 2000 he went for a solo career, renaming himself Jimmy Dolor. The album cover was designed by Alejandro Ros. It is a map of Argentina turned 90 degrees clockwise, resembling a map of the east coast of the United States; the map places a fictional Miami in the Argentinian province of Misiones. After the release of the album, Cosme, their manager, left the band.

Although the band has featured many styles throughout its various albums, after the release of Jessico (2001), their recording label, Dargelos Inc. decided to forget their past and begin a new career as a typical pop band. Some believe this to be a contradiction with their original tenets, and that Babasónicos has turned into a mainstream marketable band.

Their follow up records, Infame (2003), and Anoche (2005) seem to be further evidence of their attempt to reach a broader audience at the expense of the band's originality and spunk.

In 1999 they collaborated with alternative rock artist Ian Brown on a track for his second studio album, Golden Greats, that bears their name.

In early 2008, the official site informed that after a long and painful struggle with Hodgkins lymphoma, bass player Gabriel "Gabo" Mannelli passed away on January the 12th. He was 38 years old.

Their 2008 album Mucho, had a a more straightforward approach towards rock than their predecessors. Phil Brown helped in production (Bob Marley, Robert Palmer, Talk Talk, Roxy Music) and worked with Babasonicos just like he did in their previous album, Anoche. It is unknown who will be their new bassist, but in the meantime, their long-time friend Carca has been playing with them. In 2009 Mucho + was released as complementary addition to "Mucho". The band is due to release a new album in 2011. Read more on Last.fm. User-contributed text is available under the Creative Commons By-SA License; additional terms may apply.