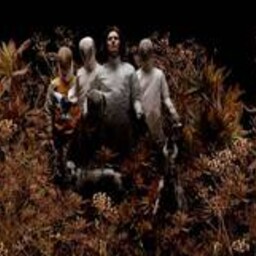 There are four or more artists using the name BC:

1. BC is a synthrock / EBM band from Trondheim, Norway. They released their first record called Sinecure on norwegian lable Crispin Glover Records in november 2008. The band has three members: Andreas Elvenes, Svein Segtnan and Eivind Brønstad. The band is known for their short but intense live shows, their heavy synth bass riffs and singer Elvenes' dark barytone voice. They were previously called Bitch Cassidy.

2. BC aka Cole is an unsigned artist from New Jersey.

3. BC is a shortened version of the Drum & Bass act Bad Company that appears on many of their releases. Found here: http://www.last.fm/music/Bad+Company+UK

All sewn up - A tribute to Patrik Fitzgerald

Synthetics Vol.89 (Get The Bombs Of Music) MAG

Bass Was The Murder