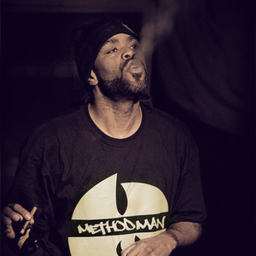 Elliott - Blessed By Your Own Ghost
день назад 351 (не задано)


The birth of Elliott was in the fall of 1995 when guitarist Jay Palumbo left the band Empathy, moved to Louisville, KY and joined up with Chris Higdon (vox/guitar) and Jonathan Mobley (bass). Higdon and Mobley had recently ended an accomplished run with the highly acclaimed band Falling Forward and been jamming with one another on an off since childhood. With the intention of sounding unlike a continuation of any of their previous hardcore bands, the threesome began writing and, with the temporary fill in drummer, soon recorded a 7" for Initial Records. The band's sound was developing into one that was quite their own: an extremely textured combination of melodic hardcore, rock, and emo that hits you smack in the face one minute and sways you into a daydream the next. In the fall of '96 they enlisted drummer Kevin Ratterman and the true focus of Elliott began.

Since then, Elliott have toured every inch of North America, building a substantial and loyal fanbase, playing on every type of bill imaginable. Metal/hardcore to alt/emo bands, Elliott have played with all of them and to much commendation. In fact, the band welcomes and often times prefers the opportunity to play with bands as dissimilar to them as possible. From the success of their debut 7" and the massive buzz that the band had created, the attention of Revelation Records was caught. Elliott's Rev debut was recorded in two halves. One at Easley Studios in Memphis and the other at Rondor Studios in L.A. The two sessions were mastered together and melded into U.S. Songs which now has Elliott as a shoe-in to inherit the title of "best new band." The album is a masterpiece, displaying Higdon's memorable, emotional vocals and the band's talented songwriting capabilities. Higdon's voice and the dynamics of Elliott's music embody the band's sound on U.S. Songs: melancholy and bliss simultaneously.


False Cathedrals
With the release of their second full length False Cathedrals, Elliott has earned their place within the genealogy of Louisville bands that have broken with tradition and disregarded conventional formulas (Slint, Squirrel Bait, etc.). Indeed, the reverberations of such non-KY bands as Fugazi, Quicksand and Radiohead can be felt in their music. If stylistic similarities to such contemporaries as Jimmy Eat World or No Knife can be made, it can also be stated that Elliott has successfully constructed a sound that can only be described as their own. Though that sound is most definitely planted in the guitar-oriented standards of post-punk, it is through the elegantly understated use of electronics and piano, the fluid bass lines interweaving its way between staccato-tribal drum work and vocalist Chris Higdon's impassioned performances that Elliott creates their latest, a masterpiece of subtlety.

The LP's opener of "Voices/Calm Americans" is about as close to perfect as a band can get; its staggered bass-piano structured beneath a steady crescendo brewing behind the deceptively simple guitar lines. As powerful as any hardcore band out there, it is the more subdued pieces that showcase the incredible songwriting skills and technical abilities that make Elliott so special. "Blessed By Your Own Ghost" showcases the strongest use of electronic gadgetry on the album creating as evocative a sound as anything Brian Eno has ever done. The eerily commanding "Dying Midwestern" is floor-room model of restraint and quiet beauty, culminating in a guitar blowout of meaty proportions. On the other side of the coin, "Drive On To Me" rocks from start to finish with its anthemic chorus, pensive lyrics (shades of such authors as J.G. Ballard perhaps?) and beautifully layered vocal harmonies. With production credited to Tobias Miller (False Cathedrals is the first album he's produced, though work with such varied artists as Fiona Apple, The Wallflowers and Korn must have come in handy), False Cathedrals is a landmark recording in the field of post-punk bands. Clean, but not polished, innovative, yet, unassuming in its glory, the overall sound is as solid as it is diverse.

With the release of False Cathedrals, Elliott has opted to stride right on past the brink and into the open fields of greatness. Now its just time for the world to catch up. Expect heavy touring and consistently inspiring live performances to take care of that end.


Song in the Air
After touring Europe and the US in 2000 and 2001, a slightly dirty but enriched Elliott came home, rebooted, and in July of 2001 - began recording and investigating the new songs they had been making together. Song in the Air, Elliott's third full length, is the first record they have made with the addition of Benny Clark on guitar and Jason Skaggs on bass. The idea was to make a quick and easy EP but the ideas kept coming and songs kept growing. At times the prospect of insanity didn't seem too far off... But, finally, in November of 2002 the project was finished. Song In The Air had been created.

Tracks from Song in the Air are some of Elliott's best yet. These songs are infused with an immediate - urgent, feeling.... and that gives us, the listeners, a view of something that hasn't been cleaned up and fabricated.

In the process of recording it (which, in itself, is a fairly big story about running their own home studio and deciding to handle all of the recording duties of the record themselves) they enlisted some great musicians and others from the Louisville area to help out, including a string quartet assembled by Christian Frederickson of The Rachel's.


Photorecording
Photorecording, Elliott's finale, comes at first with a feeling of loss - the depth and meaning that so many associated with this band is immeasurable. But you'll find it's more of a fond farewell than just a band breaking up. The legacy left behind by one of Louisville's most beloved is one that will endure, and this release closes the door with a close look into the final days (and hours) of the band in 2003.

Photorecording is a live studio album recorded directly after their last performance, and also included is the never before seen DVD documentary of Elliott's last tour. The CD+DVD set compiles the aforementioned live studio recording and documentary as well as bonus footage of live shows during the last two years of Elliott's existence. Anyone who is familiar with the band will tell you that the live show is a big part of what made Elliott amazing. The shows not only complemented their prolific recordings, but also enriched the experience for even the most casual fans of Elliott - to miss their live show would be considered a crime. Photorecording is a monument to this great band that still has fans looking forward to each member's future projects.

Benny Clark did a tour with a band called Unwed Sailor.

Chris Higdon is currently working in Louisville, KY on his small photography business, Kriech-Higdon Photography, which focuses primarily on bands and weddings. He is also in a new band named Frontier(s).
http://www.myspace.com/frontiersband

Song in the Air