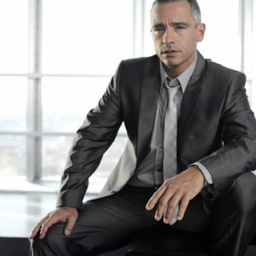 Lexington, KY, native Elmo Shropshire is better known as Dr. Elmo, the whimsical character who has sold more than eleven million copies of the holiday novelty song 'Grandma Got Run Over by a Reindeer.'

After earning a veterinary medicine degree at Auburn University, Dr. Elmo was a veterinarian at Aqueduct, Belmont Park and Saratoga racetracks in New York. He later moved to San Francisco's Bay Area to open his own animal hospital and while moonlighting playing festivals and clubs in a bluegrass band.

In 1979, he introduced 'Grandma' on a San Francisco radio station. It quickly became a regional hit, and the Elmo began playing more holiday gigs around town to support the single. When an activist group, dubbed the Gray Panthers, accused the duo of playing 'ageist music' and showed up to picket one of their shows, the media came out in force, drawing the attention of major labels.

In 1983, MTV began airing the self financed video. A year later their Grandma Got Run Over by a Reindeer album appeared on Epic and a new 'Grandma' single was released, this time with 'Percy, the Puny Poinsettia' as the B-side.

Dr. Elmo released Twisted Tunes in 1991. Numerous holiday albums would follow, with Dr. Elmo releasing his own Grandma Got Run Over by a Reindeer album in 2002 on SonyBMG. Dr. Elmo added a Halloween hit to his repertoire in 2006 with the title track to his Redneck Dracula album. In 2007 he released Redneck Santa, in 2009 he released Wild Bluegrass with his band Dr. Elmo & Wild Blue. In 2010 Time Life releases Dr. Elmo's Bluegrass Christmas . Most of Dr. Elmo's songs are co-written by Rita Abrams. Pop historians might remember Rita as the Miss Abrams in Miss Abrams and the Strawberry Point 4th Grade Class, the act behind the 1972 hit 'Mill Valley.'
Dr. Elmo currently tours with his bluegrass band, Wild Blue and each holiday season he conducts a media and concert tour in conjunction with the "Grandma" song.
Read more on Last.fm. User-contributed text is available under the Creative Commons By-SA License; additional terms may apply.

Grandma Got Run Over By A Reindeer

Now That's What I Call Christmas!

The Essential NOW That's What I Call Christmas

Now That's What I Call Christmas