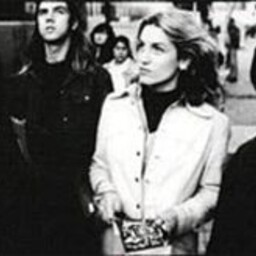 There are 3 bands with the name Ex:

1: A Chilean band, with a little of punk, rock and an own style. Its vocalist and leader is Colombina Parra, daughter of the famous anti-poet, Nicanor Parra.
Its only album is "Caida Libre", and they have some singles, and an unreleased EP called "Perro que habla".


2: A Korean band [ Ex ] that performed for the 2005 MBC University Song competition.

There are least four known Ex's:

2) The Ex is an anarchist band from the Netherlands. They formed in 1979 at the height of the original punk explosion and have released more than twenty full length albums since. Known as an anarcho-punk band in their first years, in later years they also became known for their musical experiments and numerous collaborations.

The Ex's music has undergone significant evolution over the years from their beginnings as an anarcho-punk band. Founded in 1979 by singer G.W. Sok, guitarist Terrie Hessels, drummer Guert and bassist René, the band debuted with a song titled "Stupid Americans" on the Utreg-Punx vinyl 7" compilation released by Rock Against records in Rotterdam. The release of their first 7" All Corpses Smell the Same followed shortly after that, in 1980. Through the decades their music has gradually developed into its current form of highly intricate, experimental punk/post-punk/no wave-inspired work.
Tom Cora performing with The Ex.

Breaking from the relatively narrow confines of punk rock, The Ex have incorporated a wide array of influences, often from non-Western and non-rock sources. Some include Hungarian and Turkish folk songs, and more recently music from Ethiopia, Congo and Eritrea (the independence song of Eritrea is covered by The Ex on Turn). Other examples of branching out stylistically include the improvised double album Instant and a release under the moniker Ex Orkest, a 20 piece big band assembled for performances at Holland Festival.

The band has collaborated succesfully with many disparate artists, including UK anarchist band Chumbawamba (sometimes using the name Antidote), the Dog Faced Hermans (one former member, Andy Moor, currently plays electric guitar in The Ex), and with the late avant-garde cellist Tom Cora in the early 1990s, resulting in the album Scrabbling at the Lock (1991) and the follow-up And the Weathermen Shrug Their Shoulders (1993). The album In the Fishtank 5 (1999) was made with Chicago's Tortoise, and on In the Fishtank 9 (2001) they collaborated with members of Sonic Youth and the Dutch improvisers ICP.

Bass guitar player Luc left the band in 2003 after 19 years with the group, to be replaced by double bassist Rozemarie.[2] In 2005 Rozemarie in turn left the band.[3] The Ex is the subject of a documentary, Beautiful Frenzy (2004) by Christina Hallström and Mandra U. Wabäck, and the concert film Building a Broken Mousetrap (2006), directed by Jem Cohen.[4]

In 2009, after 30 years with the group, singer and co-founder G.W. Sok announced his departure from the band. Sok did so, believing he lacked sufficient enthusiasm to continue with the group, having decided to focus on writing and graphic design. He plans to continue to "participate in Ex activities, one way or another".[5] His replacement is Arnold de Boer from the Dutch group Zea, with whom The Ex have toured and collaborated. In addition to singing, De Boer plays guitar and utilizes samples with The Ex.

Sparkle in the Finish