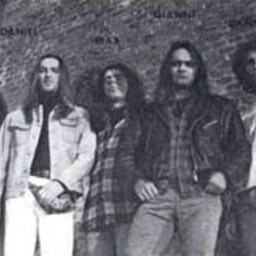 Spawned from the most fucked up part of Poland in 2006 Excidium begun it's thrashing onslaught through the land.
In 2007 a demo called Infernal Oath was recorded and released by The Final Embrace Records and echoed with great responses from underground all around the world.
In 2008 the split cd named Collector was released by Circle of Pain productions and it included almost 30 minutes of blackthrashing madness made by Inseminator and Excidium (stuff from Infernal Oath).

Next year band hit the studio and recorded six killer tracks including Razor - Evil Invaders cover. All this stuff was released as a split CD with infamous Bloodthirst thrashers and was named Infernal Thrashing Kömmandments! To this day Excidium shared stage with such acts as Impiety, Witchmaster, Bloodthirst, Infernal War or Stillborn. Now with new mini cd recorded Excidium is looking for a label interested in spreading our plague onto the world !