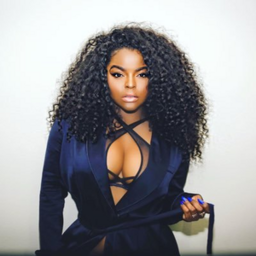 from good homes - Way Down Inside
месяц назад 36 (не задано)

The genesis of From Good Homes dates back to a high school band, when childhood friends Todd Sheaffer, Brady Rymer, and Patrick Fitzsimmons came together in rural, Northwestern NJ to play some music. Originally called "Old Crow", and later evolving into "The Dogs", the core line-up remained. With the addition of Dan Myers in 1988, and Jamie Coan in 1989, the band From Good Homes was fully formed.

The band's upbeat approach, solid songwriting, and unique sound allowed them to quickly develop a dedicated following on the touring circuit. Bringing together rock, jazz, folk, celtic and jam-band influences under one umbrella, rooted in Todd Sheaffer's inspired songwriting, From Good Homes forged their own, instantly lovable music Their feel-good vibe prompted one critic to affectionately label the band's blend of influences as "Hick-Pop". They made fans want to kick on the dancin' shoes from day one. As the band members themselves have stated: "We wanted first and foremost to make a real and honest form of music that moved people (both their brains and their butts) and left them, over all, feeling good."

The early 90s saw the band touring regularly up and down the East Coast, soon expanding their circuit to Colorado and other regions. The fan base grew, and the gigs got bigger and bigger. During this period, FGH would frequently perform with other up-and-coming acts, including Hootie & The Blowfish, Dave Matthews Band, and Blues Traveller (all of whom opened shows for them at one point or another). 1994 was a breakthrough year for From Good Homes. In the summer, they released their indie debut - the appropriately titled "Hick-Pop Comin' At Ya" - on their own GRRRrrrr Records label. They also signed a major label deal with RCA Records, and began an annual tradition - a summer concert before thousands of eager hometown fans at Stanhope, NJ's Waterloo Village. With an enthusiastic and ever-growing fan base, and a record deal in place, the future looked bright for the group.

"Open Up The Sky", From Good Homes' major label debut on RCA Records, was released in April, 1995 and the band embarked on a year-long national tour, opening arena dates for Dave Matthews Band, Ratdog, and others, while also headlining many club dates. Two of the band's songs were included in the 1997 Twentieth Century Fox release "Picture Perfect", (featuring Jennifer Aniston & Kevin Bacon). "Open Up The Sky" was followed up with the release of a live EP ("Live At Waterloo") in 1997, and the self-titled "From Good Homes" (1998). In 1998, From Good Homes received an achievement award from Billboard and Irving Plaza for the most consecutive sold-out performances ever (12) at this respected NYC venue.

Parting ways with RCA at the end of 1998, From Good Homes commenced work on a new album during the winter of 1998/1999, but the band decided to call it quits before the project could be fully completed. From Good Homes' swan song was a Farewell performance at Waterloo Village - where they had performed to frenzied crowds every summer since 1994. On August 7, 1999 some 5,000 people turned up to see the band off in style, as FGH worked its way through 3 hours of classic material. The show was professionally recorded for posterity. After multiple encores, the band bid its goodbyes to their loyal following.

Since 1999, the band members have all embarked on their own successful projects, releasing solo records, producing other artists, fronting new bands, etc.

But the fan base has remained intact, refusing to acknowledge the demise of their favorite group. In 2002, From Good Homes has teamed up with Washington DC-based indie label BOS Music (www.bosmusic.com) to release a single-disc version of From Good Homes' farewell performance. Largely comprised of previously unreleased songs, "Take Enough Home" captures the best cuts from the final show on a single disc, while highlighting special songs from throughout the band's illustrious career. The disc also includes a bonus - a previously unreleased studio track.

With other recorded material still 'in the vault' - entire records worth of recordings that have never seen the light of day - it would seem that the fans might be able to anticipate future releases as well. The roots of From Good Homes stretch back 20 years, and during that time the band's music has touched a lot of hearts. Increased interest in the band might indicate a well-deserved continuation and growth of their legacy.
Read more on Last.fm. User-contributed text is available under the Creative Commons By-SA License; additional terms may apply.

Open Up The Sky