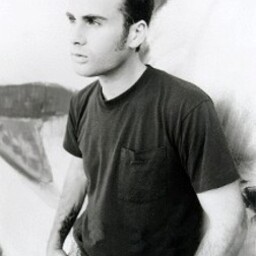 James Walters (born June 13, 1969 in Boston, Massachusetts), also known as Jamie Walters, is an actor and musician.
Jamie Walters started his screen career in 1988 with a commercial for Levi's 501 Jeans. This was followed by guest appearances on Quantum Leap and a bit role in Everyday Heroes. His film debut came in 1991 with the movie Shout, alongside John Travolta, Heather Graham, and Gwyneth Paltrow.
Jamie is better known for his role in the TV series Beverly Hills, 90210 playing the role of Ray Pruit and The Heights, in which he also performed the theme song "How Do You Talk to an Angel?", an Emmy-nominated, chart-topping song in 1992/1993. Playing off this notoriety, he was cast into the recurring guest role of musician Ray Pruit on Beverly Hills, 90210 in 1994. Through these successes, he has released three albums and performed in a few other small-scale movies through 2000.
With his residence in Los Angeles county, he pursued training, certification, and employment with the Los Angeles County Fire Department, and graduated from LACFD Academy in 2004. He is now working as a full-time firefighter & EMT. Read more on Last.fm. User-contributed text is available under the Creative Commons By-SA License; additional terms may apply.

The Heights: Music From the Television Show