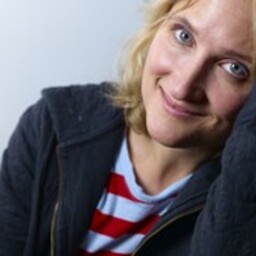 Jill Sobule (born January 16, 1965 in Denver, Colorado) is an American singer-songwriter best known for the then-controversial song, I Kissed a Girl (not to be confused with the 2008 Katy Perry hit song of the same name) and for Supermodel from the soundtrack of the hit 1995 film Clueless. In 1990, she released her debut album Things Here Are Different. Over the next sixteen years, she would go on to record five more records, three EPs and a greatest hits compilation. Though her albums are often critically acclaimed, Sobule remains more of an underground artist, playing for fans across the United States in smaller, more personal settings.

In many of her songs, she incorporates humor into a narrative, some tracks ultimately becoming catchy anecdotes. Generally, her songs are unconventionally folk-like, using horn arrangements not found in tracks recorded by mainstream artists. Sobule also uses both satire and experience to sing about sexuality, depression, war, abandonment, and creed. Read more on Last.fm. User-contributed text is available under the Creative Commons By-SA License; additional terms may apply.

The Truth About Cats & Dogs

Enjoy Every Sandwich: The Songs of Warren Zevon

The Best Is Yet To Come - The Songs of Cy Coleman