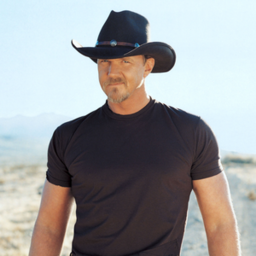 King Nancy - Someone Like Yourself
месяц назад 187 (не задано)

King Nancy is a powerful quartet hailing from Newfoundland, the very edge of the known earth. But don't expect fiddles and traditional music from them. Expect instead a healthy antidote to mundane rock, laced with driving, emotive music, and introspective lyrics. This September the lads are gearing up to release their newest album -- 'This Is Not A High Five' -- produced by Andy Magoffin (Constantines, Great Lake Swimmers, Jim Guthrie). With 'This Is Not A High Five', the band has recorded an album that bridges the gap between indie spunk and mainstream commercialism. Although they set out to record an album they wanted to hear, they ended up creating something which can be enjoyed by everyone -- from the hippest scenester to the the most spoon fed of tastes. Jerry Stamp (vox, guitar) founded the group while he was pursuing classical music studies at Memorial University of Newfoundland. To counterpoint his anthemic songwriting, Stamp enlisted the talents of Mark Turner, the professorial indie fiend (lead guitar), Brad Madden, the stoner rock afficianado (bass) and Chris Clarke, the Keith Moon protege who never listened to Keith Moon (drums). The four hit the studio soon after forming, and released their first album 'To Quitta' in 2002. Less than two months later they packed up all their worldly possessions into a van and headed off for Toronto, the supposed epicentre of music in Canada. The next four years brought the band closer together as they were forced to live with each other and survive several shitty jobs, one masters degree, half of a PhD, and thousands of dollars worth of return flights to their homeland (Mom would never forgive them for missing Christmas). In January 2005, the band released 'You Were Indestructible Once' (a six song ep) at The Rivoli in Toronto. That offering was recorded and produced by Brian Moncarz (The Junction, Pilate [now known as Pilot Speed] ). The boys' brand of blended rock styles and ridiculously explosive energy have never let an audience down. While most people could never give a straight answer to the question of who they sounded like, many agreed that King Nancy's sound was obviously influenced by The Who, Jimmy Eat World and U2. They have performed at Canadian Music Week, The World Electronic Music Festival, The East Coast Music Awards, and several other high profile festivals around the country. Sharing the stage with the likes of Broken Social Scene, Pilate (still known as Pilot Speed), Sam Roberts, Controller.Controller, Mobile, Jimmy Swift Band, and I Mother Earth have taught them how to always give a fantastic live show that these big names often strive to outdo. With three albums and a series of sold out live recordings under their collective belts, they decided it was time to move home and leave the big city on its own for a while. As of August, 2006, the band is once again based in St. John's, Newfoundland. Even as you read this, the Nancy boys are regrouping for what is going to be another banner year for the best band you've never heard of. Read more on Last.fm. User-contributed text is available under the Creative Commons By-SA License; additional terms may apply.

This Is Not A High-Five

You Were Indestructible Once

You Were Indestructible Once - EP

Rockin' On The Rock

This is Not A high Five... This is A sampler

This is Not a High Five