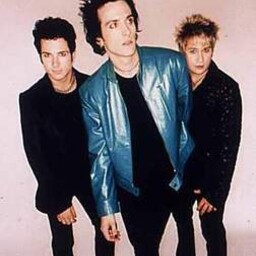 Marvelous 3 first appeared on the scene with their acclaimed indie debut, Math and Other Problems in 1997. Word of mouth quickly spread, and Elektra Records signed the band. The next year saw the release of Hey! Album, their breakthrough CD. It featured the catchy radio hit Freak of the Week. Riding the success of their hit single, Marvelous 3 toured aggressively, as well as appearing on major late night talk shows and being featured in numerous magazines. After touring, the band went about creating their third album, Ready, Sex, Go, which was released in 2000 in preparation for the "rock epiphany of the new millennium." Ready, Sex, Go suffered from poor promotion, and the band realized that their record label wasn't willing to do them justice. A year after their third release, Marvelous 3 decided to part ways and take a break from the cut-throat music business. In 2002, lead singer Butch Walker began a solo career, releasing his first album Left of Self-Centered. In 2004 Butch released his follow up Letters. On July 25th, 2006 Butch and his band "Let's Go Out Tonites!" released the album entitled "The Rise And Fall Of Butch Walker and The Let's-Go-Out-Tonites." Read more on Last.fm. User-contributed text is available under the Creative Commons By-SA License; additional terms may apply.

Math and Other Problems

The Music Of Charmed (Season 3)

Me, Myself & Irene Soundtrack