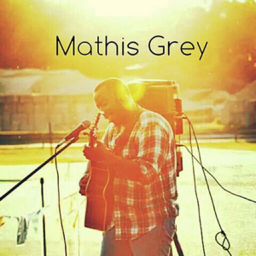 Mathis Grey is a Singer/Songwriter from Fort Wayne IN that is no stranger to the music world. His style is a Folk-Rock style with a little bit of soul sprinkled in. Mathis has travel all over the United States doing shows from New York to Seattle and all the awesome stops in between. Mathis Grey’s goals are to just keep climbing in the music world and entertaining people, bringing his music to the ears of the world.

Mathis Grey’s style is very unique. His vocals and his guitar playing create a definite coffee house feel allowing the audience to emerge themselves in his music in real time. His music is smooth, yet rugged - heavy , yet weightless….this is Mathis Grey.

"Handsome Mysteries" is a journey through the mind of singer-songwriter Mathis Grey. Mathis went back to his roots and made a acoustic version of his latest album. With his guitar, a mic, his voice and awesome lyrics, he takes you on a ride of emotions with songs like "Dancer"..."Sunshine"...."Freak Of Nature" and many more. This is one album that needs to be on your fall list!!!

Two Steps from the Road