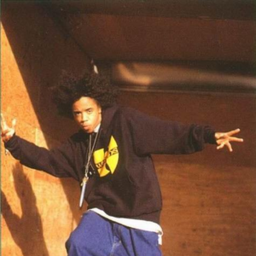 Mike Rutherford biography
Michael RUTHERFORD was (is?) a founding member of seminal prog-rock giants GENESIS. From humble beginnings on guitar for UK schoolbands, RUTHERFORD found his niche as chief bassist and backing guitarist with GENESIS, duties he would chiefly apply from 1978 onward. In the mid 80's, he formed MIKE & The MECHANICS, featuring Paul Young and Paul Carrack on vocals. This decidedly "pop"rock outfit was a far cry from the earlier days of GENESIS, but not too dissimilar from the 80's-90's incarnation of the band. As is evidenced by RUTHERFORD's two 'solo' discs, he has the knack for fusing progressive and straight-ahead rock tunes.

"Smallcreeps Day" is half-concept album, and half singles-minded rock. The first part details the adventures of a shy worker named Smallcreep who dares to travel beyond closed factory doors into a hidden world. Musically, there are some similarities to GENESIS of the late 70's here. With the 80's, RUTHERFORD abandoned the prog trappings and released "Acting Very Strange", a hard-rocking LP that hinges on punk and new wave, given the screamed out vocals by Mike himself and the synthlines that carry several tunes.

Catchy, to be sure, and less soft-rock than his work with The MECHANICS, these solo albums are testimony to the creativity of RUTHERFORD as a chief writer for GENESIS.

Genesis
Mike and The Mechanics Read more on Last.fm. User-contributed text is available under the Creative Commons By-SA License; additional terms may apply.

Michael John Cleote Crawford Rutherford (born 2 October 1950 in Guildford, Surrey) is an English musician. He is a founding member of Genesis, initially as a bassist and backup vocalist. In later incarnations of Genesis, he assumed the role of lead guitarist. He is one of only two constant members in Genesis (the other is keyboardist Tony Banks). He also fronts his own band Mike & The Mechanics. He was inducted into the Rock and Roll Hall of Fame as a member of Genesis in 2010. Read more on Last.fm. User-contributed text is available under the Creative Commons By-SA License; additional terms may apply.

The Best Rock Album in the World...Ever!

Against All Odds [Original Soundtrack]