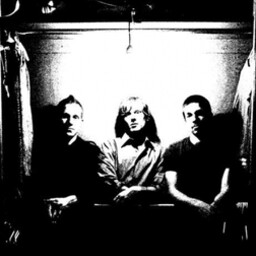 Philmore was a Christian rock band that formed in Tulsa, Oklahoma in the late 1990s. At one point they were known for their t-shirts that said “Philmore is an OK band.” The lead singer, Justin Greiman, was also the lead guitarist; his guitar had the Union Jack on it. His brother Kayle played bass and sang harmony. The drummer, Brett Schoneman, was the only other member of the band.

Their self-titled debut album was released on Five Minute Walk Records in June of 2000. It was fairly successful – their biggest hit from that album, arguably, was a song called “Our Finest Hour.” Also noteworthy on it was their cover of Bon Jovi's “Living on a Prayer.” The inside cover features a photograph of the band wearing mirror sunglasses and jeans with holes in them.

Philmore could be somewhat described as punk. In live performance they appeared entirely to be a punk rock band. Their music indicates that they were heavily influenced by MXPX. The band's music also had an '80s edge of both pop and glam metal. Their reputation as a punk band was further reinforced by the fact that they were performing music that was not well accepted in their time. Justin’s vocals were unusually high for a male, causing comparisons to be drawn between him and "Weird Al" Yankovic.

Philmore did extensive touring in the United States after the release of their first album. They toured with Relient K, Bleach, Holland in the Back to the Few Tour and Watashi Wa, among numerous other bands. At times they played to sold-out crowds of hundreds of people, but they refused to cancel a show: they once played for a total of five fans, all of whom they took out for dinner before the show.

In July of 2002, their second album, The Bare Truth About Philmore, was released. It was considerably more “mellow” than their first. Many fans expected it to be equally hard-hitting, but as a consequence were disappointed. At the same time, there was nothing explicitly Christian about the record, unlike the first, and so many stricter “Christian music only” fans stopped listening to Philmore at that point. After that, they kept touring, but their fame began to fade. Brett "BDB" left the band in 2001 and is currently a realtor in Iowa. Brett was later replaced by a drummer named Sean Donnelly in 2003. The band made a third CD in April 2005 called Demolition, some of which can still be heard at Pure Volume. After Sean left the band in August of 2005, there have been no updates at the band's website.

Contact through the bands webpage has given some users the personal reply of "We are still a band, we are just not doing anything at the moment."
Read more on Last.fm. User-contributed text is available under the Creative Commons By-SA License; additional terms may apply.

The Bare Truth About Philmore

Dreams of a Journeyman

Live With No Audience

Philmore: Dreams of a Journeyman

Philmore - The Bare Truth About Philmore