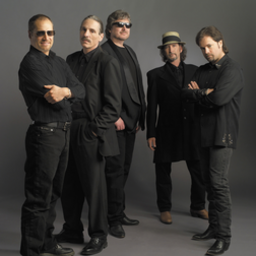 Restless Heart is a country pop band originally formed as a studio band to record demos. The group's members are: Larry Stewart, John Dittrich, Dave Innis, Paul Gregg and Greg Jennings. The members have diverse musical backgrounds, and developed a sound that has been compared to The Eagles. Primarily a country band, they crossed over to Adult Contemporary with singles from their Wheels and Big Iron Horses albums, and enjoyed their biggest crossover hit with "When She Cries" during late 1992.

In 2003, all five members reunited and recorded the album "Still Restless" for Koch Nashville in 2004. The record label closed in early 2005 leaving the group without a label. They are still touring and released a live album through their website in August 2007. Read more on Last.fm. User-contributed text is available under the Creative Commons By-SA License; additional terms may apply.

The Best of Restless Heart

The Bluest Eyes In Texas - Live

Big Dreams In A Small Town

Matters of the Heart