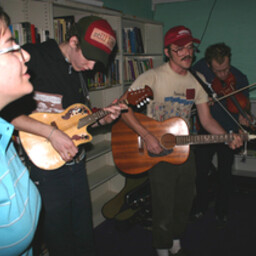 
1) Rosa is a four-piece folk punk band from Houston, Texas. Their latest release, I Mississippi You was released on Plan-It-X Records.

2) Rosa Lopez, who performs and releases her music as Rosa, is a Spanish singer who won Operación Triunfo 1, a musical contest similar to American Idol. She has released four albums so far: "Rosa" (2002), "Ahora" (2003), "Ojalá" (2004), which is a Christmas album, and finally her third album "Me Siento Viva" (2006). She represented Spain in Eurovision in 2002, ending in the 7th position. She has also been a contestant of "Mira Quién Baila" ("Strictly Come Dancing" in England) last year.

3) Rosa, is a singer from Indonesia.

4) Rosa Latva, who goes by the artist name Rosa, is a musician and songwriter from Finland. Originally born and grew in Lapland, she has played the piano from young age and that is her main instrument with singing whilst composing and on the stage. She has released up to date one LP "From the Shelf" (2010).

5) Rosa van der Vijver is one of the participants in AVRO Junior Songfestival 2010, the Dutch preselection of the Junior Eurovision Song Contest 2010. As usual with participants of this contest, she is credited with given name. Read more on Last.fm. User-contributed text is available under the Creative Commons By-SA License; additional terms may apply.

if it ain't cheap, it ain't punk compilation

Texarkana, Get A High Five