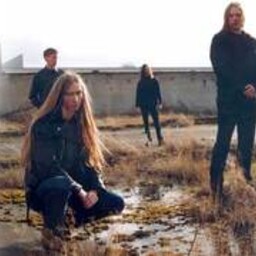 Sanctifica started up in 1996, playing old school death metal. After about a year the sound evolved towards black metal. A keyboard player was added to the band, and in 1998 the first demo tape was released: "In the bleak midwinter". They soon landed a record deal and in the year 2000 the debut album "Spirit of Purity" was released. After this the musical direction changed, becoming more progressive and incorporating more clean vocals. In 2002, "Negative B" was released. This was a very different album, and probably very misunderstood. After a short tour in Finland in the fall of 2002, the band decided to call it quits, due to the restrictions caused by being labelled a black metal band and also due to the geographical distance between the band members.

In the Bleak Midwinter

In the Bleak Midwinter / Songs Of Solomon

In The Shadow Of Death

Power From The Sky - A New Wave Of Swedish Metal

In The Bleak Midwinter / Songs Of Solomon (Split)

Power From The Sky

In The Bleak Midwinter (demo)