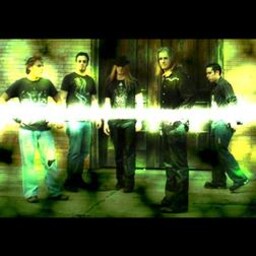 Imagine the ultimate combination of Rock and Metal, a genre of music that can dominate the Mainstream world and still have enough capacity to steamroll into the Underground. Now take a quintet of driven, talented, and professional musicians and the result is Shattersphere.

Shattersphere constantly looks to further push the boundaries within their genre. They pride themselves on their insane live show and unique catalog of songs that span from straightforward radio anthems to 8-minute epics. Throughout the course of the band's history, they began to form a sonic quality and stage presence that is one of a kind. A Hard Rock/Metal foundation coated with a touch of Pop, Punk, and Classical provides a one of a kind experience unlike any other music act on the market today.

Since the release of their debut album, Shattersphere has landed in the hands of both Radio and the underground Napsteresque file sharing networks. The In The Face Of Anger EP had brought the band to new heights. They inked a Worldwide Digital Distribution deal with The Orchard, making the band available in over 100 online stores in 25 countries. The CD Release party was held with Mudvayne on April 27, 2005 at The Webster Theater to a capacity crowd. The domination continued as Shattersphere was selected from over 1,000 acts nationwide to perform at The 2005 New England Musicians Exposition. Shattersphere was the only Hard Rock/Metal band selected to perform at the event, marking a new evolution in mainstream music. Shortly after, the song "Faithless" won the worldwide Next Hit Song contest, beating out thousands of songs submitted from around the globe. In addition, "Faithless" made it to the semi-finals in the International Songwriting Contest, beating out over 15,000 acts from around the world.

As 2006 began, the band wasted no time in stepping up to the next level. Shattered Reality Interactive has picked Shattersphere to perform the music to the upcoming PC Game Kaos War: Rise Of The Fallen. A licensing deal with the Colorado based Wink Inc. Productions was also signed, giving the band exposure on HDTV Extreme Sports advertisements. In addition, Shattersphere has also rounded up a clothing endorsement from Tee Shirt Hell.

It's no surprise the band has shared the stage with some of the best acts in the music business such as Alice in Chains, Atreyu, Mudvayne, Lostprophets, Buckcherry, Ra, Powerman 5000, Life of Agony, Orgy, Days of the New, Wicked Wisdom, Mushroomhead, Dope, King's X, Soulfly, Socialburn, Motograter, (Hed) PE, American Head Charge, Dry Kill Logic, All That Remains, Nocturne, Crossbreed, Bloodsimple, and Street To Nowhere. Shattersphere has built a reputation as a self-sufficient machine. Always looking to push forward, the band is continuously in the writing/touring process, pushing for further recognition across the globe. Read more on Last.fm. User-contributed text is available under the Creative Commons By-SA License; additional terms may apply.

In The Face of Anger

In the Face of Anger - EP

In the Face of Anger EP

The Best Of Rock