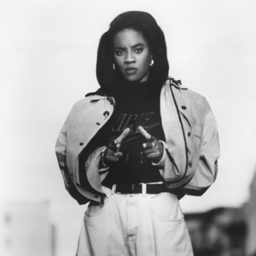 
Smogus is an Xplocore band from Sassenheim, The Netherlands. The band was founded in 1995 by four school friends. After the recording of their first album (Everybody's Fucked up twice) they met Arno and Wiebe (who both used to play in a local band; Ganesha), which made them a six-pack.

Winner of a much-coveted Essent Award and triumphant shows at internationally renowned festivals such as Ozzfest and Lowlands – these are just some of the achievements of Dutch Xplocore band Smogus. In May they will release No Matter What The Outcome, which could very well be the band’s big break.

Smogus was founded in 1995 by Jaap, Ruben, Daniel and Jeroen. During the recording of their debut album Everybody’s Fucked Up Twice the four school friends met with Arno and Wiebe. The six of them hit it off immediately and quickly after the release of the debut album, both Arno and Wiebe decided to complete the band’s line-up. They released two tracks on a split EP (also featuring the band Griffin from Leiden, NL) on vinyl on the WOTNXT label, the SmoguS/Griffin EP. Then, Smogus started to conquer all the major Dutch venues, soon establishing themselves as one of the most popular Dutch live-acts.

Besides performing relentlessly – as headliner, as support act (Ill Nino, Disturbed) and at festivals (Ozzfest, Lowlands) – Smogus continuously worked very hard on writing new songs. In 2002, the band signed a deal with BMG and released a 6-track Smogus EP. The band seemed to have finally found their niche with a sound of their own: Xplocore. A fusion of explosive (nu)metal, hiphop and funk, combined with a large dose of energy and humour. Songs with heavy guitars, groovy rhythms, cool rhymes and catchy choruses that have their roots in bands like Anthrax, Faith No More and Cypress Hill.

Unfortunately, the cooperation with BMG came to an end when the band found themselves competing with Idols, the nation-wide craze that conquered The Netherlands in 2003. Smogus refused to sit at the sidelines and see how other, more commercial artists from the Idols TV-show got priority over them, so they decided to start working on their new album without the help of a record label. In March 2003 the band entered the studio and guitarist Arnd-H was appointed as producer. He is mainly responsible for the heavy sound on the new album, significantly titled No Matter What The Outcome. The band has clearly matured in two years time, both musically and personally. Singer Wiebe emphasizes that the band regards this album as their real debut: “We are very proud of the album’s incredible sound, especially since we have done everything ourselves, from the recording to the final mixing. It is an album to be proud of, particularly for a Dutch production.”

The songs on the album are well-structured and characterized by powerful dynamics, an impressive, well-balanced mix of melodic vocals and heavy rap, and a wide range of styles. Smogus is both in-your-face and melodic, aggressive and happy, heavy and commercial, but always extremely energetic. The opening track Don’t Care immediately sets the tone for what’s to come. Other highlights include the groovy and lyrically uplifting Just For Me, the sensitive semi-ballad The Game, the uncompromising and personal Changing Fate and the complex Good Intentions. The highly contagious hiphop bonus track Flush Your Life again has that typical Smogus humour. However, it is not all laughing matters on the album. The lyrics cover a wide range of emotions, as Wiebe explains: “The lyrics are very much about ourselves, about things we go through in life. We sing about love, but also about the need to be free and strained relationships.”

On May 15, 2004 the album was released in the Melkweg, Amsterdam. It has been distributed by a small Dutch oriented label, The Electric Co. which has ties with Universal Records. Although the single and video of Don't Care were fairly popular on vote-based music channel The Box, it turned out that, mainly because the Nu-Metal hype blew over, the album wasn't the big break they had hoped for. This led to Mojo cancelling the contract with the band for the live acts.

Smogus then decided to take a completely different direction with an acoustic tour. A DVD named Live & Unplugged was released in 2005 covering the tour. It turned out to be the last recorded achievement. In 2006 the band decided to split up and on July 7, 2006 they played their last gig on their home stage of Fascinus in Sassenheim. Read more on Last.fm. User-contributed text is available under the Creative Commons By-SA License; additional terms may apply.

No Matter What The Outcome

No Matter What the Oucome is

No Matter What the Outcome is