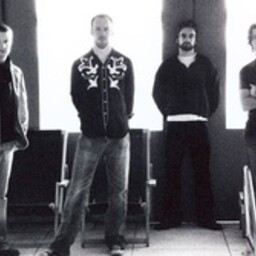 There is more than one artist with this name:

1. Stand are four lads from Dublin, Ireland who got a taste of the United States on a trip in to play Austin’s SXSW Festival. Awed at the prospect of limitless venues, they made the move and headquartered themselves out of New York in 2002. Having come to the attention of a NACA booking agent, they built a solid following in the Northeast, being voted Best Band on that NACA college circuit in both 2005 and 2006.

The band quickly set another foothold in New York on the western end of NY after being asked to perform at the Thursday in the Square summer festival in Buffalo, NY. Jeff Miers of the Buffalo News picked up on their stunning live performances and declared them “a gimmickless band that generates feverish excitement, both on the concert stage and in the recording studio.”

The recordings that make up this album commenced in Buffalo in a springtime blizzard and ended in the early summer sun at Lexington Kentucky’s St. Claire Recordings.
A departure from the guitar based work of their 2004 work Transmissions, the band are feverishly proud of the songs recorded here and as always, are working them out on the road as the van barrels on down the highway. Developing their songs and moving records from the van and their NYC headquarter, these four very different guys, in the most magical way of the best band to do so before them, leave nothing behind onstage when the music ends for the night.

2. Stand were a hardcore punk band formed in Grimsby, UK in the late Winter of '98 consisting of..

They played around the town for the best part of a year until they started getting offered a few small gigs here there and everywhere. In the summer of '01 Stand blagged themselves on tour with HHH, i don't think they (HHH) were too pleased about it at first, but everyone had an amazing time and never really looked back.

After this tour Stand played up and down the country nearly every weekend, they couldn't get enough. In the spring of '02 they released the 'True Romance' ep on Postive Outlook Records/ First Foundation and did a little tour. Steve Watts came along, everyone drank a lot of special brew and generally had a laugh. Almost a year after True Romance came out Stand embarked on an amazing journey to Europe with Mend This Tear from Peterborough. Although both bands only ended up playing a handful of shows, we covered 8 countries and hand one of the best holidays you could ever imagine.

Upon returning from this tour Stand jumped into the studio again and record the songs that would later appear on the split cd with HHH (The Audacious Art Experiment) and the split 7" with Fig 4.0 (Super-Fi Records). They had to wait around for the other bands to record for each split so they just played the fuck out of the summer around the UK.

In the early autumn of '02 Stand had to cancel our planned Ireland tour as Ben had contracted Hodgkins Lymphoma. Both he and Stand battled on for well over a year, refusing to stop doing what they loved.

In November '04 they lost Ben and Stand was over. They played their last ever set at Ben's memorial gig at the Matrix Club, Grimsby on January the 16th 2005. Exactly 6 years to the day of their first ever gig.

Everything I Am Is Not For Sale

Tunes From The Crypt - VA