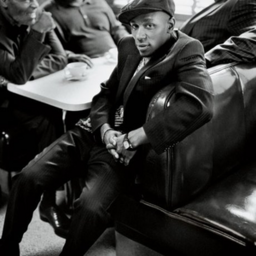 - Their self-titled debut album was produced and mixed by Jay Baumgardner
- They have over 400 kids on their own streeTTeams world wide
- They charted #43 with a bullet on the active rock charts with their first single Aquarium
- They have an international fan base
- They have headlined 2 national coast to coast tours with major label openers, and 4 others in support of Hed PE, Nonpoint, Tommy Lee and Kitty
- They are now all 20 years of age! And all of this on their own M.O.M. Records imprint

The band is STEPA fresh out of the studio with new tracks. Singer Blake has returned to the college grind and DJ chaz has moved on to take a shot at a solo career delivering pizzas.
And then there were 4: Shane Swaney (lead vocals, guitar), Jessie Krapff (bass guitar), Brendon Oates (guitar, b/g vocals) and Mark Thorley (drums, samples). No member changes, just reorganization. The new material is raw and heavy with hot STEPA grooves! Be on the lookout for the new album, it will be out as soon as the band sign a new record deal...!

name: Shane Swayney
instrument: vocals, guitar
birthday: January 5th, 1983
favorite bands: Korn, Deftones, Nofx, Lagwagon, Rage Against The Machine, Dr.Dre, Hed P.E. and Wes Borland (former Limp Bizkit)
influenced by: my favorite bands
first concert you saw: Rage Against The Machine
favorite sport/team: Unreal tournament
favorite movies: What dreams may come
who would you like to meet: Fat Mike (Nofx)
dreams/goals: I want to be able to rock for the rest of my days..!

name: Jessie Krapff
instrument: bass
birthday: July 26th, 1983
favorite bands: I can't really put my finger on just one favorite band because I have many. Everything I listen to or have listened to inspires me in some way, shape or form... Just to name a few bands; 311, Metallica, Korn, Deftones, Primus, Rush (Getty Lee), Blindside, Glassjaw, Rage Against, Nonpoint, Suicidal Tendencies, Skin Dredinfluenced by: music and life in general
first concert you saw: Rage Against The Machine
favorite sport/team: I'm not too into teamlike sports, I'm more into extreme sports
favorite movies: Shawshank Redemption, Ninja turtles, Memento... I like anything that's not really boring!
who would you like to meet: P-nut of 311
dreams/goals: I just hope that this band makes it because there is nothing else I would rather do then play and write music that others enjoy as well as myself. I want to do a huge tour with a bunch of dope bands that kick ass, and just be able to do this for a living. To sum it up "I wanna
rock".


Two artists who use the name 'Stepa' exist.

2) Stepa is a six-piece alternative metal band from Newbury Park, California. Originally calling themselves Phlip, the band signed with Interscope in 2001. A year later, singer Blake Beckman, drummer Mark Thorley, guitarists Brendon Oates and Shane, bassist Jessie Krapff, and DJ/keyboardist Chaz Kindschi, parted ways with the label as they put the finishing touches on their debut album. Shortly after, they were picked up by Locomotive Music and embarked on a U.S. tour with new labelmates Medication. In June, 2002, they released their first single, "Aquarium," followed by their self-titled debut album a month later. Read more on Last.fm. User-contributed text is available under the Creative Commons By-SA License; additional terms may apply.