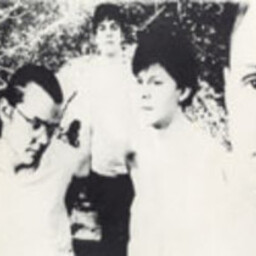 Formed in Linköping, Sweden 1989 by the three friends Ulf Stenport, Mikael Myrnerts and Anders Arfvidsson. At the beginning they were looking for a female bass player but after been turned down by the girl they really wanted in the band (Eva, she played bass in band called Abdullah) they settled for Anders G Mobjörk, a three year older friend of Ulf's brother Björn. He had a kind of girlish aura and a great voice. Anders G had been playing in several local bands and was the only one of the four guys who had released a record. They agreed on creating a new indie pop sound and started to practise. In the beginning of 1990 they recorded their first demo " Sure do is manhate" which was the name for the band. Anders A made the cover and put the Sure and Do together and so the band name was shortened to Suredo. They sent the tape to the radio show "Bommen" and got played. The fanzine "Sound Affects" showed interest in the band as well as a couple of labels. After a while the signed up with the indie label Ceilidh Production (Happydeadmen, Brainpool, Cardigans, Sonic Surf City) and in 1992 the released the Swell EP. This 4 song EP was followed a year later by the LP "Whatahandsomeface?". Anders A moved to Finland in 1994 to study architecture and the band replaced him with another bass player Markus Lindén. Suredo split up in 1995 after recording a EP with the new lineup. The EP was not released until 2003 as part of the compilation-cdr "Wewerenotaspeciallyyounganddiditonlyforthemoney". Mikael had moved to Stockholm in 94 and quit the band to start the band Aloon. Ulf, Anders G and Markus formed Auntie Nell (later renamed Couch Bob) and recorded a demo with Jörgen of Cloudberry Jam. In 2006 Suredo got some attention as the 2-CD compilation "Svensk Indie 1988-2006 ; En kärlekshistoria"(NONS) was released. It featured the best of Swedish Indie pop from 88 until now and among the 42 tracks was the song "Average Cell" from "Whatahandsomeface?". Discography: "Swell" EP cd CEI029 1992. "Whatahandsomeface? cd CEI035 1993 "Wewerenotespeciallyyounganddiditonlyforhtemoney" cdr CSR007 2003 demos and outtakes. All records can still be ordered by sending us a message here. And you can download them on iwsbm.blogspot.com (mp3 192kbit/s)

Three Is a Crowd