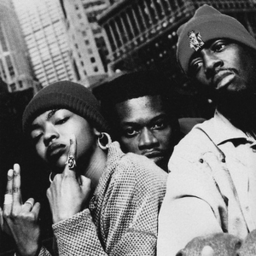 Forming in 1981, The Deele recorded three albums during the 1980s, and
scored two hit singles. In 1984 "Body Talk" reached #77 on the Billboard Hot
100 pop chart. In 1987 their song "Two Occasions" reached #4 on the R&B
charts and was the biggest hit for the group, which created new opportunities
to write and co-produce for others such as Babyface, Tevin Campbell, Bobby
Brown, and The Whispers (Rock Steady) to name a few.

The group reunited in 1993, without Reid and Edmonds, to record their final
album, Invitation to Love. The Deele in 2007 is back and currently touring to
promote their new single “The Only One” under Eieg/D-Town Records (Dallas
Texas) with a full album scheduled to release in 2008. The Deele was added

Deele.htmlto Eieg/D-Town Koast2Koast Records in 2006 and is expected to write and
produce for DTR/K2K new young artist putting the S back into “muzic”.

The Grammy Award Winning Group “The Deele” is now back in the top 10
spotlight featured in Mariah Carey‘s 2005 Grammy nominated hit “We Belong
Together”. This would be the beginning of an entity that would give birth to the
most influential group of musicians and singers in the music industry today,
changing the course of R&B forever.

Now apart of D-Town Koast2Koast Records/Sony BMG a Dallas based record
label, The Deele is finding a new emergence in the music industry bringing the
same musical influence, energy and professionalism, three decades later to
quench the thirst of the masses.

Eyes of a Stranger

The Best Of The Deele

Shoot 'Em Up: The Best of the Deele