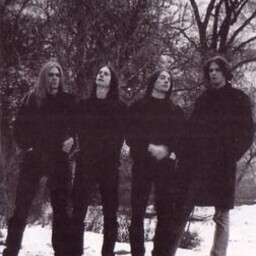 Visceral Evisceration was a short-lived death doom metal band formed in Vienna, Austria in 1991. The band's unique sound mixes melodic songwriting with gory lyrics, utilizing both death grunts and clean male vocals with sparse operatic female vocals. After releasing their debut album, they changed their name to As I Lay Dying, released a promo tape, and soon after disbanded.
Visceral Evisceration debuted in 1993 with the demo cassette "Savour of Seething Meat". In 1994, Napalm Records released their first full-length album "Incessant Desire for Palatable Flesh". It consists of slow epic doom metal with clean male/female vocals and grunts. Perhaps due to the grindcore influence, the tempo sometimes picks up a bit and makes this a truly unique effort in the entire doom genre.

In 1995, after leaving Napalm Records, they changed their name to As I Lay Dying and released a 3-song promo. Turns out the promo did work and As I Lay Dying resigned with Napalm Records and was basically ready to begin recording their second album "Carnal Seduction". It was even advertised in the local Metal Hammer and Rock Hard magazines. However, do to unfortunate circumstances within the band (one member in particular) the band split up prematurely.
In addition to these two recordings, several rehearsal tapes have circulated among tape traders, including two tracks not found on either the demo or the full-length, entitled "Blood Drenched Bowels in My Bed", and "Sloaghed Alive and Mined with a Knive".
Both of these songs are present on their 10/1991 rehearsal, and there is even some speculation that there were actually three songs, with the latter track split up into "Slaughtered Alive" and "Minced with a Knife".
Two additional rehearsal tracks filled out the band's unofficial discography, the two songs being "Blood Drenched Bowels in my Bed" and an instrumental version of "Gangling Menstrual Blood-Broth for Supper", both recorded in 1991 as well.

Savour Of The Seething Meat