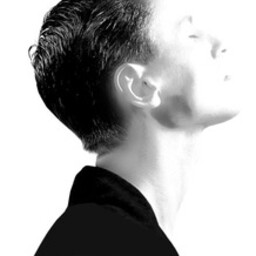 One of his trademarks is his extremely high pitched voice, which has enchanted his audiance and has contributed to his popularity. Because of the operatic use of Vitas' voice, combined with his dance / folk like music, his style can be characterized as popera or pop opera.

Vitas has achieved much notablity through Russian television, and since 2005 his career has advanced into Asian markets. He has signed with entertainment labels such as Universal which distributes his music in Taiwan, and he has toured extensively in China and several other countries. He has performed duets with many other singers including Demis Roussos, Lucio Dalla, and Vitas' grandfather Arkadiy Davydovich Marantsman (Аркадий Давыдович Маранцман), with whom he sings "Friendship".

Vitas’ soprano voice has been a very controversial issue in Russian media and has been subject of great discussion, abroad and at home. It isn’t a surprise for anyone in Russia that most pop artists not only hardly ever sing live, but also use someone else’s voice (like Milli Vanilli). Obviously, Poudovkin and Vitas himself are denying these rumours. In concerts, Vitas makes often tries to make it very obvious that he is not lip syncing by moving the microphone away and towards his mouth as he sings.

Vitas became notable in Russia in December 2000 with hit Opera No. 2, which was notable for use of Vitas' surprisingly high-pitched and energetic use of falsetto.

Vitas received an invitation from Lucio Dalla, the composer, who created "Caruso", to perform this song together with the author at the concert "San Remo in Moscow" held in the State Kremlin Palace in 2003. Vitas' voice enchanted not only the audience but Mr. Dalla himself, so the composer invited Vitas to come to Rome to take part in the rehearsals of "Toska", the modern version of the legendary opera.

Vitas presented his second solo program "The Songs of My Mother" in the Rossia Concert Hall, Moscow in November 2003. Two albums: "The Songs of My Mother" and "Mama" of the artist were released for the premiere. The album "The Songs of My Mother" included the songs which are considered to be the gold reserves of Russian pop-music. Another album "Mama" included several new songs composed by Vitas. The two albums were a dedication to his mother who died in 2001. In 2003, he gave 264 solo concerts in places including Russia, Australia, Canada, Israel, Germany, Kazakhstan, Lithuania, Latvia, Estonia, Georgia, Tajikistan, Ukraine, and Belarus.

Vitas also starred in a murder mystery television series called "Beloved Scoundrel" in English, and "Сволочь ненаглядная" in Russian in which he played (appropriately) a pop singer with an unusually high voice. He also starred in a comedy called Crazy Day. Read more on Last.fm. User-contributed text is available under the Creative Commons By-SA License; additional terms may apply.