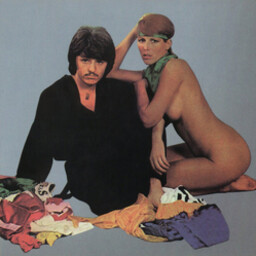 
Cerrone (full name: Jean-Marc Cerrone) (born 24 May 1952, Vitry-sur-Seine, near Paris, France) is an iconic and influential French European disco and dance pop drummer, singer, and music producer. Marc Cerrone has sold over thirty million albums. He claims, and it is often credited by others, that he was "the first" to put the kick drum (or bass drum) into the foreground of modern eurodance music. At the age of 12, he started playing drums and listening to Otis Redding's songs. His passion for music scared his father, who tried to distract him from his obsession. By the end of the 60s, he was fascinated by, among others, Jimi Hendrix, Carlos Santana, and Blood, Sweat & Tears.

At the age of 17, he convinced Gilbert Trigano to hire rock bands for his famous holiday clubs: Club Med (Club Mediterranée). Cerrone became the A&R (artist and repertoire) scout for 40 Club Med vacation villages around the world. His first recordings as a part of Kongas were released on Barclay, where he released his first hit, Boom. He is most famous from the Kongas days for "Anikana-O", co-written and produced by Alec R. Costandinos. A remix done by the legendary Tom Moulton was done for the US release on Salsoul Records. This mix was also used on international releases as well.

Based in Paris, Cerrone recorded, composed and performed his solo debut "Love In C Minor", again with Costandinos. Released on his own Malligator imprint, and distributed by Warner Filipacci in France, it immediately shocked audiences with its erotic flavour and controversial cover, which was soon to be a Cerrone trademark. It was later released with a new, tamer cover that took flashes of nude women into the background and replaced them with four arms clenched instead for the American release. Additionally, label censors edited out the infamous bar conversation at the beginning of the 17 minute masterpiece in the U.S., with the girls in conversation cheekily talking about Cerrone's perceived endowment. It also featured a cover of Los Bravos' "Black Is Black" and "Midnite Lady", a dramatic and anthemic, almost soundtrack directed instrumental piece that closed his brilliant debut. Cotillion Records released the album through Warner distribution in the U.S. The album was released un-edited in Canada, using the original master tapes. The album was recorded and mixed at Trident Studios in London, which was to become the mainstay of French disco producers for the year that follows as it was one of the first 48 track recording studios in the world. This was the final collaboration between Cerrone and the Egyptian-born Costandinos, who went on to create such legendary dancefloor hits such as "I've Found Love" by Love & Kisses and the disco opera re-telling the story of "Romeo and Juliet".

Cerrone continued using pieces of photgraphic and audio erotica to push the envelope whn he released his 2nd album, "Cerrone's Paradise". "Paradise", was recorded with Raymond Donnez, aka "Don Ray", as part of his arrangement entourage after parting company with Costandinos. The original French album cover featured a naked model draped over the top of a refrigerator with a jar in front of white powder spilled in front of it. Cotillion released the album once again, with masssive success on the disco charts. The U.S. release featured a photo of Cerrone wearing a Hawaiian shirt.

His third album "Supernature", is considered to be his true masterpiece, having sold over eight million albums worldwide. A departure from the lush orchestration with dizzying electronic instrumentation added to the mix, it was co-written by pop-punk chanteuse Lene Lovich and arranged by Alain Wisniak. The song "Supernature" has a sci-fi theme: it's about the rebellion of mutant creatures - created by scientists to end starvation among mankind - against the humans. It also featured "Sweeet Drums", a three minute and ten second drum breakdown. The original French album cover was again different, having a gatefold opening with nudes in the centre. The music itself was the same, another sterling effort from the Frenchman.

Supernature was used as the theme to Thames TV's "The Kenny Everett Video Show", which was shown across the UK on the ITV network.

Following the success of Supernature, Cerrone IV: The Golden Touch, was released to rave reviews and was another U.S. disco chart topper. Driven by "Je Suis Music", "Look For Love" and the urban slanted "Rocket In The Pocket", there was a musical maturity on this album, showing his fusion attributes, and foreshadowing his future releases. Further proof was the elegant electronic Latino flavoured "Music Of Life".

Released only in France, he then ventured into movie scoring, supplying the music score for "Brigade Mondaine", a French film. Alternate mixes of his hits such as "Give Me Love", "Phonic" (originally released as a 12" single on the Crocos label) and the blistering "Striptease". The latter was an underground classic, introduced to international audiences through the Disconet subscription service for DJ's. It was a key inclusion on "Cerrone by Bob Sinclar", long considered to be the best compilation mix albums ever released.

Cerrone V marked a radical departure for the artist, where he made a full fledged attempt to become the vocalist. Moving from Cotillion to Atlantic Records in the US, "Rock Me" was the first single and while clubs reacted fairly well, it did not reach the heights of his previous releases. It bears a resemblance to "Hot Stuff" by Donna Summer sonically. Recorded in Los Angeles with the musicians backing Toto, Cerrone co-wrote "Call Me Tonight" with producer extrordinaire Bob Esty and vocalist/lyricist Michelle Aller. With this team, previously on top of the charts having written "Take Me Home" for Cher, Cerrone's magic fused Paris with Malibu giving him another classic. Hardcore fans will notice distinct similarities on "Looking For Love" and "Call Me" and the Kongas album tracks "The Fun Cry" and "Living On Love" released on the Crocos label. "Not Too Shabby" was also a part of both albums.

His 6th album, "Cerrone VI", was the first of his albums to not be released in the U.S., and was issued on Malligator and Unidisc in Canada. Unlike his previous albums, this non-rhythmic offering, using new electronic elements like the then-trendy Fairlight CMI computer was more of Cerrone exploring the entire musical landscape. . Lyricist Pamela Forrest, a Liverpool-born, Paris-based lyricist, added her magic to the album. The instrumental, Herb Alpert-inspired "Rendezvous" received scattered adult contemporary play in Canada. Cerrone also returned to the erotic album covers, using an existing Cheyco Leydemann photograph of a bare-breasted blonde in a lawnchair, and inserting himself in the photograph.

In a true return to form, "You Are The One" was the cornerstone of his 7th record. Delivering his best and most complete album in years, his addition of American vocalist Jocelyn Brown drove cuts like the funky "Hooked On You" and blistering rhytmic return of "Cherry Tree". An 11 minute version of Cherry Tree remains on the shelf. This album was rumoured to have been recorded twice. First with Stoke-on-Trent, England native Sue Garner, long the voice of Cerrone's biggest successes and then with Brown. The version with Garner on the lead vocals has never been released.

As a bridge between Cerrone's 7th and 8th albums, a 12" single, "Tripping On The Moon" was released prior and was a blockbuster import hit. Sung by Sue Garner, and vocally reminiscent in tone to "Supernature", it was never released in North America as a single. It later became a part of "Cerrone VIII:Back Track". It was released on John Luongo's Portrait label, distributed by CBS. While the title track was a mild chart hit in the clubs, the album's lone bright spot was a re-recording of "Supernature" sung by Montreal-based Nanette Workman. Workman had a 1973 hit with the song "The Queen" on Big Tree Records. A short time thereafter, Canadian born Claudja Barry did a cover version of "Trippin'", released on Personal Records.

His 9th album, "Your Love Survived", featured male lead vocals other than his own sung by the late Arthur Simms. Simms had also recorded a solo album with Alec R. Costandinos on his Ibis/Casablanca imprint. Pamela Forrest also rejoined the cast, writing lyrics on the album. Re-recordings of hits such as "Give Me Love", "Look For Love" and "Call Me Tonight" were also featured on this double LP set. Key tracks included: "Get Your Lovin'" and "Workout".

Another return to form was his 10th album, "Where Are You Now ?" Sung by American Carole Rowley and released on Malligator in France, Hi-NRG legendary producer and mixer Ian Levine was tabbed to do the mix, prompting a 12" release on the Record Shack label. "Club Underworld" was also released as a single, in both France and the United States on Personal Records with a new mix.

Perhaps the most interesting record of Cerrone's never to be on an full length album was his terrific interpretation of "Standing In The Shadows Of Love" intertwined with his own composition "Freak Connection". Released only in France, it remains an import classic.

Cerrone's boutique label, Crocos, was the home to a number of independently produced projects, all of which saw results of some kind. "Africanism" by Kongas, arranged by Don Ray, was an energetic fusion of tribal drum beats and emotive male vocals framed around a cover version of "Gimme Some Lovin' by Traffic. It was quickly snapped up for North American distribution in a deal between Cerrone and Polydor U.S.

Don Ray real name: Raymond Donnez, considered one of the greatest arrangers of the era, created a furor with his near perfect dance pop album, "Garden Of Love". Written with Cerrone, the entire album is considered a seminal classic. Hits such as "Got To Have Lovin'", "Body & Soul" and "Standing In The Rain" guided the album to #1 Stateside. Ironically, the album was never followed up, with a single "Simply" released on Malligator years later and in truth, is a collectors piece for fans. Rob King, late of Manfred Mann's Earth Band was the vocalist on the album, giving a tour de force performance. The previously mentioned Lene Lovich wrote the lyrics.

Revelacion, a studio act, released two albums: a side long version of "House Of The Rising Sun" on Crocos (which ironically was also released at almost the same time as Santa Esmerelda's 2nd album), and "Don't Give A Damn", a 16 minute electronic spiced, downtempo track recalling "Music of Life" on Malligator.

He also produced singles "Tonight The Night" for percussionist Mo Cooper and "Phonic" by Phonic, the latter of which echoes the synth boom started by Space's "Magic Fly". A song featuring LaToya Jackson called "Oops, Oh No", was also issued.

Cerrone also won 5 Grammy Awards and some Golden Globes and innumerable awards in from Billboard Disco Forum events and a slew of gold and platinum awards.

The band Goldfrapp (Alison Goldfrapp & Will Gregory) paid homage to Cerrone by entitling their 3rd album "Supernature" which was released in 2005. Many of Goldfrapp videos/artwork have also included the theme of mixing human and animal forms which were prominent in the video for Cerrone's Supernature.
Additionally, one of the songs of their forthcoming 2008 album "Seventh Tree" contains a track called "Cologne Cerrone Houdini".

You Are The One

Discovered: As Sampled by Daft Punk

A Night at the Playboy Mansion

The Best Of Cerrone Productions