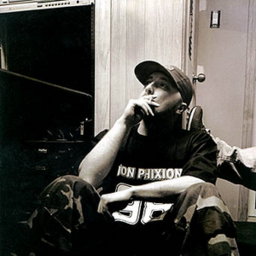 10 years as a band, Happy Campers have been paying their dues and laying the foundation to what has become a strong force in the indy music scene. It can be hard for a band to get recognitition amidst the glitz and glamour of thier hometown of Las Vegas. Happy Campers were forced to either fade away into obscurity or apply some heavy DIY tactics and make it to the next level on their own. Choosing the later Happy Campers self released 3 full length albums, took the reigns on designing an elaborate merch catalog (thongs, belts and lighters included), touring continuously through out the U.S. building a strong grass roots following.

(2) Happy Campers has one release on Ninja Tune . "No mind"

Solid Steel presents DJ Kentaro: 'On The Wheels of Steel'

On the Wheels of Solid Steel

Death and Mourning in Las Vegas