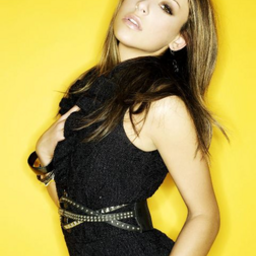 Kaci Lyn Battaglia was born on 3rd October 1987 in Clearwater, Florida and has been singing from an early age. At the age of 12 she was signed to the Curb record label and released her first single Paradise 2 years later in 2001. Her album Paradise (titled "I'm Not Anybody's Girl" in the USA) was released in 2002.
According to the Crazy Possessive Songfacts, after her second album flopped, Kaci went back to school for several years before relaunching her career in 2009 with Crazy Possessive . It went on to top the US Hot Club Dance Songs, Kaci's first chart entry in her home country. Read more on Last.fm. User-contributed text is available under the Creative Commons By-SA License; additional terms may apply.

I Will Learn to Love Again

I Think I Love You