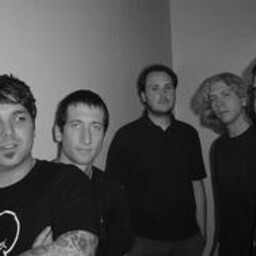 After touring steadily for over six years, including support on US legs of Strung Out and Lagwagon tours, Staring Back today brings hard-fought experience along with their unique brand of energy and musicianship to the independent punk scene in which they've grown up. What sets the band apart is more than maturity, however (too often, the experienced are the first to rest on their laurels, but not Staring Back). The members have earnest appetites for new influences from anywhere good, intelligent music can be found (with influences ranging from Scandinavian metal to Bjork to Miles Davis). On top of their personal motivation to improve as individuals and as a band, years of support and motivation they've received from appreciative fans across the country keep Staring Back's well of motivation far from dry. The band is still working full-bore in every aspect of their music - their work and their lives.

In 1997, Derrick Plourde (original Lagwagon drummer), Jeff Capra, and Ryan Mendez began the journey which Staring Back is still on today in their hometown of Santa Barbara, CA. In 1998, the band signed with the internationally distributed Lobster Records (starting place of Yellowcard, a platinum-selling MTV favorite). Seven years, a few vans, and line-up changes later, the band has sold thousands of their own records, including their most recent release, "On," produced by Cameron Webb (who has production credits on albums by an impressive array of artists including Tenacious D, Social Distortion, Motorhead, Lit, and Sum 41). In support of the critically acclaimed "On," Staring Back has done multiple US tours, including every date on both the 2002 and 2004 Vans' Warped Tours, as well as an Amp video six pack contest in the summer of '03 on MTV and MTV2.

Previously the band was writing and recording new material for a new record, sure to have brought fans of "On"'s smart blend of technique and songwriting another even more jaw-dropping helping of Staring Back's genre-challenging compositions. The band has since dissolved as a result of Ryan Mendez quitting the band to join Yellowcard. Read more on Last.fm. User-contributed text is available under the Creative Commons By-SA License; additional terms may apply.

The Mean Streets of Goleta

Once You Pop, You Can't Stop Vol 2

the mean streets of goleta EP